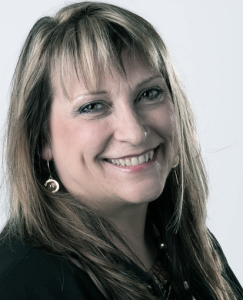 Susan Scrupski is the Change Agent’s agent. For over 30 years, she spent her career in and around technology and innovation. Always a believer that technology can create a better world, she supports organizations that recognize the game-changing value in large, systemic shifts in computing and sociological change.

From studying computer science, to the early days of the UNIX wars, to the blockbuster market for IT services, to the advent of the commercial Internet in the late 90s, Susan has always seen technology advancing a new way to work– a new way to connect and improve the world in which we live. She has been a serial entrepreneur identifying trends early and seizing first-mover advantage to create businesses that fill a new niche. Her businesses have ranged from traditional consulting advisory; in-depth research and analysis firms; large-scale communities of interest;  redefining how advisory, project work, and leadership development is handled in the networked 21st century, to a social impact startup focused on applying data-driven solutions to domestic violence.

A true pioneer of the second generation enterprise social web movement, Susan has been one of the leading voices to inspire large companies to explore new organizational methods for collaborating socially. A fierce advocate for working in transparent, open networks she has been a catalyst to help change agents around the world kickstart, improve, and/or expand their organizational models in order to thrive in the connected 21st century.

Susan participates on various technology and nonprofit boards, blogs on social and technology issues, consults, volunteers, and supports women in STEM initiatives. She is the founder of Big Mountain Data and Executive Producer of the documentary, High Point 10-79.

Susan has been a writer, analyst, and IT entrepreneur for over 30 years. Named as one of Fast Company’s “Most Influential Women in Technology,” her insights have been featured in industry research, as well as mainstream media such as The New York Times, Businessweek, The Wall Street Journal, and CNBC. Susan participates on various nonprofit boards, writes at Medium, Huffington Post, Aberdeen Magazine, and produces films dedicated to underserved voices and issues. You can find Susan on LinkedIn, and Twitter.